Create an Account - Increase your productivity, customize your experience, and engage in information you care about.

Since then, Pino has been certified as a Dual-Purpose Working K9.

K-9 Pino can be used to detect the odors of marijuana, cocaine, heroin, and methamphetamine. K-9 Pino is also certified in patrol duties and tracking.

K-9 Pino is used throughout the New River Valley to help and assist with narcotics, tracking, and apprehension of fleeing or wanted suspects.

Acting in a patrol capacity, K-9 Pino is used for: 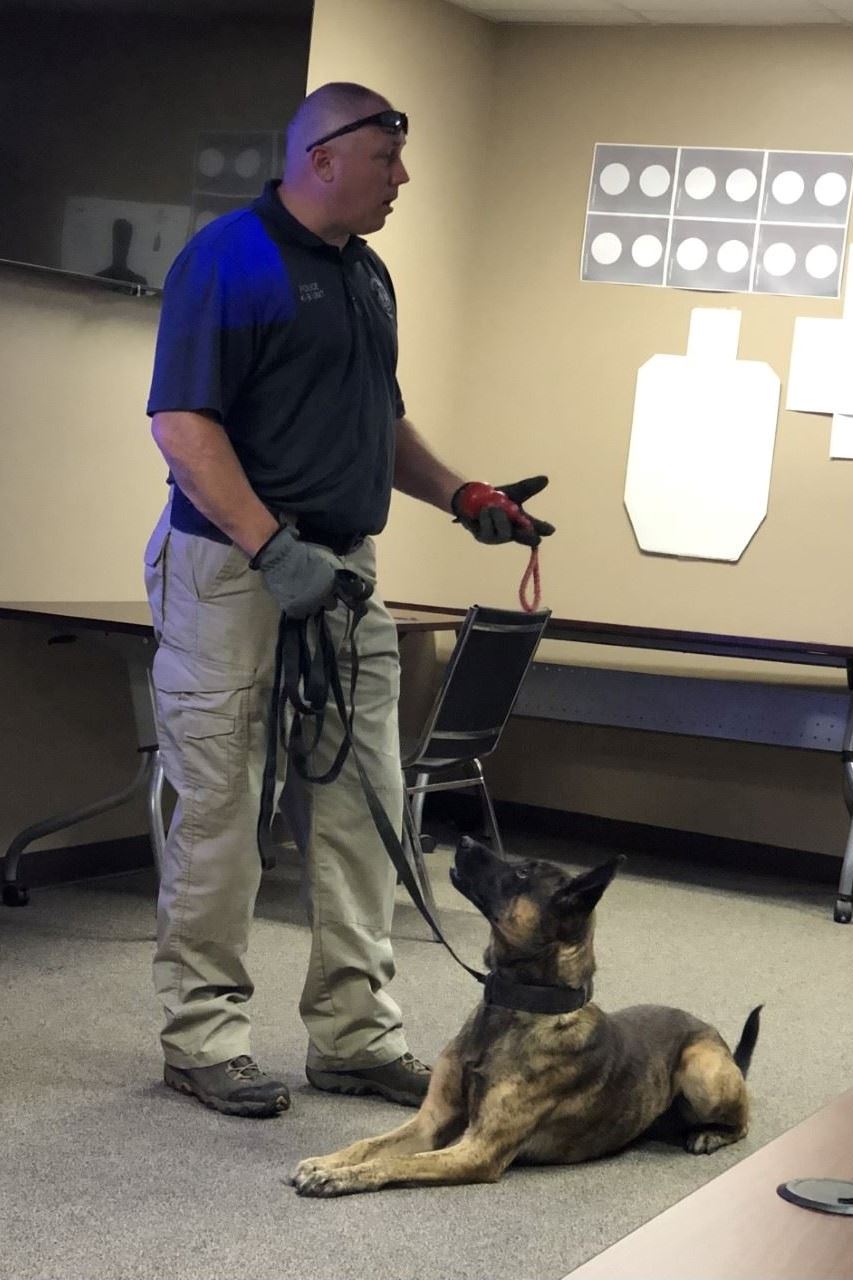